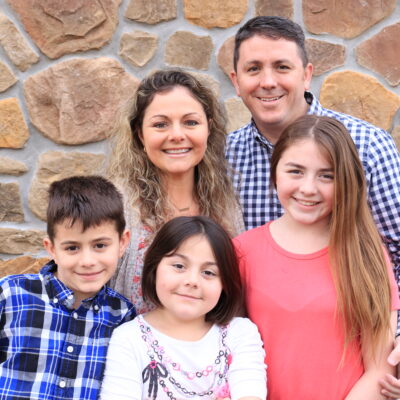 One of my favorite podcasts is Dr. Albert Mohler’s “The Briefing.”

A few weeks ago, he discussed the passing of Mikhail Gorbachev and highlighted many of the issues and events surrounding his life, communist ideology, and the collapse of the Soviet Union. Many of you are much more familiar with that era than I am.

Dr. Mohler pointed out a surprising point that Gorbotroph’s wife, Raisa, had written. She was ideologically a Marxist and held something like a research doctorate in sociology. In her dissertation on the efforts of the communist party to socialize citizens in communist ideology, state atheism is part of that. Interestingly, Dr. Mohler pointed out,

“It’s reported that one of the things she noted in her dissertation is that the presence of grandparents greatly increased the likelihood that a child would fail at atheism. Now, that’s really, really interesting. In other words, the influence of grandparents at this point in the history of the Soviet Union was an obstacle to children holding to a uniform atheism.”

It is intriguing that they saw the presence of Grandparents in a child’s life as a “hurdle” to the state atheism of the Soviet model. What they saw as a problem or hurdle, we see as a blessing. The scriptures primarily put the burden of teaching and discipleship on parents but also tell us to teach to our “Children’s Children.” Timothy’s grandmother Lois was instrumental in his scriptural grounding and spiritual formation, leading to his role in the early establishment of the church.

Deuteronomy 4:9  “Only take care, and keep your soul diligently, lest you forget the things that your eyes have seen, and lest they depart from your heart all the days of your life. Make them known to your children and your children’s children.”

2 Timothy 1:5 “I am reminded of your sincere faith, which first lived in your grandmother Lois and in your mother Eunice and, I am persuaded, now lives in you also.”

My grandparents had a huge impact on my life. I learned prayer by watching my grandmother kneel at her couch to pray with friends who came over for social visits. I learned biblical servant-hearted headship and submission in marriage by watching my Pap, sacrifice for Maw & see her respond to his leadership and lead her in prayer at their bedside.

Grandparents, we need you! Be deliberate discipling grandparents and deter a generation of atheism.

I’ll end this note with the farewell sign-off my grandfather would use when signing his letters.

Keep in touch with the master!